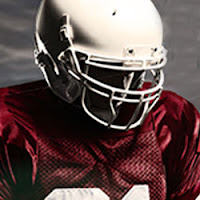 Intertops Poker’s popular Football Frenzy poker tournaments series is back. Get in the groove with the Thursday Night Football $600 GTD and on Sundays earn bounty during the $400 GTD Bounty Run Final. Monday nights, the guaranteed prize pool is $1200.  Buy-ins are from $8 to $16 for the Finals and $1.10 or less for game day satellites.

The new weekly tournaments combine the excitement of NFL football with the thrill poker. On Thursdays, satellites for the $600 GTD TNF Final start with a free roll at 10 am Eastern. $400 GTD Game Day Bounty Run tournaments pay $4 for every opponent eliminated. Three $.55 satellites award tickets to the Final every Sunday night. Monday is a big night on the field and at the poker tables with a $1200 guaranteed prize pool for the Monday Night Football Final.

“Whether there’s fans in the stands or not, we’re excited to have NFL football back,” said Intertops Poker’s manager. “But we still want to play poker, ya?!”

“Warm up with a freeroll on Thursdays. On Sundays, kick out your opponents like the big guys on the field and cash in while your team is upsetting its rivals! Then, win your way to the big Monday night game in one of the cheap satellites held through the day.”

All games are No Limit Texas Hold’em. Starting stack is 2000 chips and blinds are ten minutes.

Intertops Poker is the main poker room on the Horizon Poker Network and attracts all kinds of players from all over the world.  For every hand they’re dealt, they earn Gold Chips that can be converted to cash. New players get an up to $1000 Welcome Bonus that includes free spins on slots in the Casino Games section.