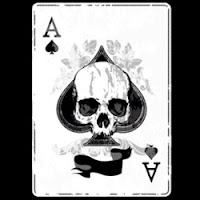 Daniel Negreanu has said that he thinks pros tend to play better when they know they can’t get back in. Nevertheless, a lot of players at Intertops Poker and Juicy Stakes Casino have been asking for more tournaments offering re-entry. Result? The new $2000 Resurrection Tournaments on Sundays. They're re-entry tournaments so you can join the tournament again if eliminated.

“We’re running it ‘til January for now,” said Intertops’ poker manager. “But if it’s popular we’ll keep doing it.”

Players that lose their chips are offered the chance to re-enter immediately. You can also re-enter in the tournament lobby at any time during the 90 minute late-registration period.

“They say short breaks throughout the day keep your productivity high and keep you from feeling overwhelmed,” said the poker manager. “So starting the day with a poker break has got to be good for you!”