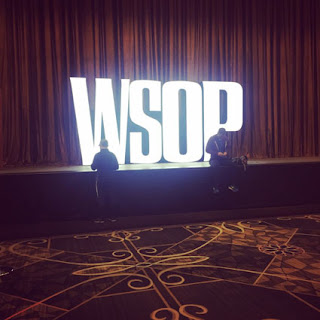 The struggle is real, but the Dream continues! Well we are wrapping up week 4 of the WSOP and if you have been keeping up with any of my updates on social media, you will have noticed I am still struggling out here at the WSOP. Fortunately for me, from the feedback on my last article and just talking to all the other players here, I am NOT alone! lol Clearly everyone can’t be winners and for a first timer like myself, it seems like its a common occurrence to be overwhelmed. The craziness that is Vegas poker during this series has force amny others to go home broke with their tail between their legs! lol But no worries we are not giving up that easily! There’s still LOTS of poker to play and plenty of time for our luck to to turn around! Stay positive and get back to work! BUT I will share a few stories with ya and try and get some sympathy from everyone, I mean, what’s a poker blog without some bad beat stories!? 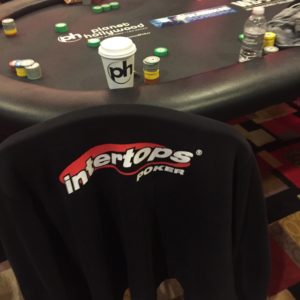 While I know being overwhelmed by Vegas affected me, I’ve had a hard time finding any Major mistakes I’ve made while playing? Sure I can pick out some small ones, and clearly there may have been a BETTER play I could have made at times. But when the money went in the middle, I almost always had the best of it. So that makes me feel a little better, but just a little lol. I’ve had JJ get two outted by 77,  AQ flop a Queen all in against my AK at least 3 times, a9 turn an Ace vs my 99 and Aces cracked twice deep in two big events! lol Pretty standard bad beat stuff, I know you’ve all been there but they still sting! Here’s one from the Goliath 600k guarantee. With a doubled up 40k stack going into the 5th level, I get a table change and it was all down hill lol. Player first to act raises to 800 at 150/300 blinds with a 100 ante, the short stack  just calls(?). I raise to 2700 on the button with AcKh and they both call? Flop comes J 10 3 all clubs. First guy checks UTG, short stack shoves his last 2400( again ?) I call and the other guy folds. Short stack turns over KQ with no club and hits a 9h on the turn, giving him a straight and no club or Queen on the river means I lose lol. I’m not sure why the short stack didn’t just ship all in over the original raise, but I’ve found that I don’t really understand why alot of players here do the things they do lol. I understand that the result would have been the same, as I’m clearly calling his all in there preflop, but at least I would have understood the logic behind his play after. lol Weird plays like that have stood out to me, maybe cause they are happening alot, or maybe cause Im giving some players too much credit, thinking they are good, just to prove me horribly wrong lol

A hand I played particularly well and am proud off (prob just shows, how much a calling station I am lol) was in another Planet Hollywood Goliath event. With a 15k stack at 200/400 blinds with a 50 ante, a super aggressive younger guy who just lost a hand raised from 4th position to 1200. I called from the big blind with 86 suited. Flops Ks 8h 4d and I check, he bets 1300 really quickly and I call. Turns a Qc and he fires 3500 without even thinking. I call river comes the 10d and he almost instantly goes all in for my last 11k when I check. He looks sick after I don’t snap fold. I though for maybe 15 seconds and called it off and he says “your good, I punted”. Then his jaw hits the table when I turn over my hand. lol Went with my gut and I was right, huuraay me.  One time in like 100 that works right?! lol This last one from the monster stack is up for debate lol let me know if you would have made this play, or if im just a donkey! I 3 bet squeezed from the button on a very active players raise and a very weak players call. I have Q6 of diamonds. we all have about starting stacks at 15k. He makes it 150, guy calls and i make it 550. Just the original raiser calls and the flop comes Ac Kc 8h. he checks and I bet 1250 (why that much? lol) and he calls. Turn is Qc, and we both check. River is 5c, for a four card flush on the board and he checks again. I bet 2700 and he tanks, eventually calling me with KQ for top two pair? I still don’t know how I feel about either one of our plays in this hand lol so feedback is welcome. Live and learn right?

I’ll stop whining to you now! lol  We’ve got roughly two more weeks here with SO many tournaments and cash games to play, so we’ve got plenty of opportunities to write at least a few more winning hands!;) lol If anything this has been a great learning experience, and hopefully It forces me to progress as a player. Lets hope I at least don’t make the same expensive mistakes! lol This weekend has alot of fun lower buy in tourneys that can potentially turn this trip around! Wish me luck!

Run Good and have fun!