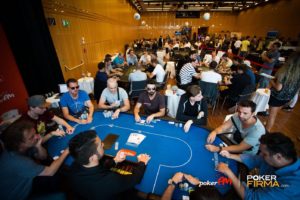 Cool shot on the final day

Well another Intertops satellite trip has finished up and it was a great success, by far. I wish I could say I took home the title, but the experience itself was a win for sure. We all made day two, which is always tough and a plus for any poker player. The big buy in and long structure always bring around the better players, so just making it that far was quite an accomplishment. So I hope everyone is proud of their play. Unfortunately, only myself and Emil made day 3, but the rest of the guys got to enjoy a day out in Velden at least! I'm not gonna lie, I was a bit jealous they hit the beach without me. lol I can't complain too much though, as I was playing day 3 for a chance at 142k and the trophy! The day started out with a great table draw for me, seating me at what would be the final table. Always nice when you know you won't have to make any table changes and have the time to get reads on players. The play started out tough, aggressive and at times confusing, lol. So I had my work cut out for me. There was an odd balance of big/small stacks at the table with with shortest being about 20 big blinds or so. While I was one of the shorter stacks(35 bigs), I felt very comfortable and knew if I could just win a few good pots or get a double up, I could do some serious damage at this table. 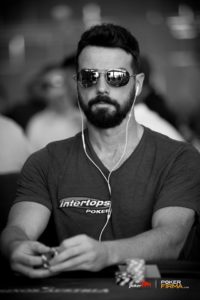 I quickly noticed two guys on my right were very aggressive and the rest of the table somewhat passive. So this looked good for me at first. They were opening on my right frequently, and I 3 bet them a few times and took down the pot. A few other times my 3 bets were called and we battled post flop. One particular hand involved me 3 betting from the small blind w A6 of clubs for the aggressive button raiser. He thought for a moment or two then called. In retrospect, I think I made the raise too small, only going for a x 2.6 3 bet, knowing he was a good post flop player and I was out of position. It worked out well for me though when the flop came Ace 4 4 rainbow. I decided to check, knowing I was well ahead of his button raising range but still leery he may have a better ace. When he checks back the flop I knew I was good, and once another Ace hit the turn I knew I had the nuts. The only next move was to just figure out how to get any more money out of him! I decided to check the turn and call if he bet, and then put out a large donk bet the river, to look like a bluff. My hope being he wouldn't believe me and look me up light. Well he bet the turn like I hoped, but after a minute or two of thinking, he was good enough to make the fold. He even said out loud, it looked like a bluff! Crap! lol I think I may have missed some value there. I could have either checked to him and let him bluff the river, or just thinly value betting, and hope to get called. But, oh well, I had a gut feeling and went with it. Unfortunately it doesn't always work out. Almost though!;) 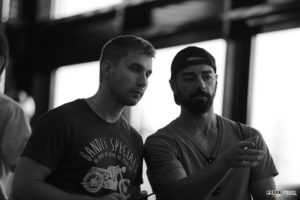 While I had a few decent hands and spots, I never really got any traction going, and after a few levels ended up about where I started the day. I Think there were some other hands I could have played possibly played differently, but still think they were probably the right moves. I just didn't have many hands to work with and the spots I did take, either didn't provide enough chips to keep me going or just completely backfired lol. Once the money bubble burst, I decided to open up my game, only to get 3 bet shoved on 3 times when I opened relatively light! So I found myself really short and it was a matter of getting a good enough hand to ship in at that point, hoping for a double. I shipped once with J 10 suited from under the gun, and surprisingly the big blind open folded an Ace! I had some other hands that I am looking back on an wondering, "what if" Like pocket 6s from the small blind with the same button player opening; and an open with KQ off suit that I discouragingly folded to a 3 bet shove from a tight player, when I had only about 15 bigs. When I finally put my last 9.5 bigs in, it was from under the gun with 88 and made it through everyone but the small blind, who called with Ace Queen of clubs. The queen hit for him but also added outs for me with a Q J 9 flop. A 7 turn was still hopeful for me but another q on the river sent me off the to rail in 22nd place. It was a decent payday, so while I was upset I didn't get the win, I will gladly take it lol I always find it funny when I do better in larger buy in tournaments with better structures and tougher players. I guess I should take some comfort in that as a player, an know my abilities are at least up to par with some of the big dogs. Clearly I still have a long ways to go, but it is encouraging at least. lol 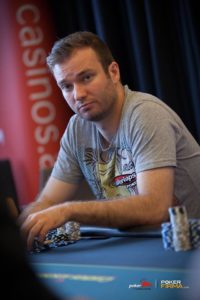 From there we got to sweat Emil's action and enjoy Velden, having some delicious meals and enjoying the scenery between stops in and out of the final table area. It was awesome to see another member of team Intertops there, even though I was jealous i wasn't there with him! lol We did some interviews with the beautiful lake in the background, gambled a little in the very cool little casino and had some drinks to celebrate when Emil went out in 6th place. He was disappointed it wasn't a win, but the extra 26k in his pocket made him feel better very quickly as we enjoyed a fun last night out together in what was probably the coolest location Intertops has had us at yet. While we didn't scoop a win, we all had deep runs, played well, ate great food, enjoyed amazing scenery, drank delicious Austrian beer, and had ALOT of fun. You can't beat that. Well maybe at least not til the next satellite tournament! lol ;) 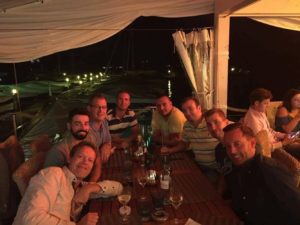 Check out all of the videos on  the Intertops facebook page!
Run good
Tim