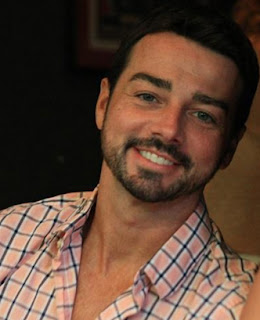 Tim O'Keefe recently won a satellite tournament and will be joining the Living the Dream team at the CAPT Seefeld tournament in Austria later this month. He’ll join two earlier winners, Robert and Chris, and Daniel Montagnolli who was also with us in Punta Cana last fall. A recreational player who recently quit his day job as a physio therapist to go pro, Tim recalls the tournament where he won his first trip to Europe and explains his strategy for live tournaments:

“Poker tourneys are so brutal lol, anything can happen. Knowing how tough it is to win something like this, I tried not to put a lot of pressure on myself. Just play my best and hope things go my way when I need them too. That being said, I think when we got to 4-5 handed I realized I had about twice as many chips as the next biggest stack and the others were all pretty short. I figured if I can just maintain my stack and get heads up with the guy second in chips, I would have a good shot at taking it down. I didn’t think he was a bad player, just thought i had good read on his game. As it turned out, that’s exactly what happened and we battled heads up for a long time, swinging chips back and forth for almost an hour, before I finally got the win.”

“My strategy for online tourneys, just like live tourneys, is "it depends" lol. You always have to adjust to the table you're playing. Usually tight aggressive is the way to go with online though. Online you get to see so many more hands you can afford to wait it out for premium hands a lot longer than live. Plus most people either aren’t paying close enough attention or play at a level where you need to be making sick moves against to beat. There are times to adjust for sure, maybe against a player i have played against a lot in the past, or when I’m playing at higher stakes, but generally just playing a solid tight aggressive abc game, especially at the lower limits”

“I have played a decent amount of live tourneys lol. I have been playing poker for about ten years, just as a hobby but have gotten more and more serious about the game in the past few years. After some real success this past year, I actually quit my job recently to pursue poker professionally. This past year I made it a goal to play more live games, and it paid off pretty well. I final tabled 3 events last year in about 6 months: a WPT 200k GTD for 7th, the River series 400k, GTD for 4th and a Foxwoods mega stack 300k GTD for 8th. I bricked everything I played at the WSOP choctaw circuit event, but my past final tables were all about 2 months apart, so I’m hoping CAPT Seefeld will keep that streak going for me! lol

“There’s so much poker Information out there, it’s hard to keep up lol So instead i chose cut through all the garbage out there and became a part of Team Gripsed. Problem solved, only the best and current stuff. Evan Jarvis puts out TONS of amazing poker info for free on youtube and his site. His knowledge, delivery and passion to help people improve at poker are second to none! Can't recommend him enough. Also I follow almost everything Jonathan little does for poker. Great poker coach, always puts out great material and genuinely wants people to succeed.”

“Unfortunately, due to the last minute nature of the trip, I will be traveling alone to Austria. But I am very excited to meet everyone involved in the adventure!”

Check Living the Dream at the end of this month when we’ll have daily video reports following Tim, Robert, Chris and Daniel living the dream at CAPT Seefeld.
at 01:47