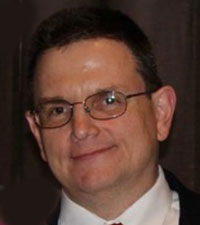 The first player to win their way to CAPT Seefeld was Robert Szum of . He'll be going to Austria with winners of two more online satellite series.

Robert won his ticket to the December 20th CAPT Seefeld Online Satellite Final in an NFL Game Score Challenge that a poker room ran on Facebook. Now he’s won his way to without spending a dime.  Nice one Robert!  By the sounds of it, he could use a break like this right now.

By day, Robert works in customer support for a major internet service provider.

“I’m just a low stakes recreational player,” he said from his home in Massachusets. “I’ve been playing through a long downswing lately and my poker bankroll is at all time low.  I’m virtually running on fumes!”


Fortunately the prize package he won includes buy-in for the CAPT Seefeld Main Event and accommodation at a hotel near the casino.  It also includes some money for travel expenses but he said he could use a good run to put some cash in his pocket before the trip to next month
at 18:58