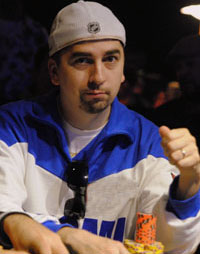 Finnish poker pro Mika Paasonen won a seat at the Estrellas Poker Tournament in Barcelona last weekend in an online satellite tournament earlier this summer.  Unfortunately, he didn't do as well at the live tournament as he did online.

"Then they announced for last 5 hands of the day. Blinds was 1000/2000 with ante. I raised 4400 co with 99. Btn shoves allin with 50k and i was ready to gamble with him but big blind
also joined a party and made a quick all in as well. Big blind player was pretty tight and he had a decent stack to pass this hand and continue tournament in next day so i though he might be even little bit tighter on this spot and thought his range like high pairs and AK. If he would have hands like  AQ or 88 and think he would of think like 15-30 second before his decisions instead of snap all in. I trusted my read and made a fold. Btn had AJ and bb won with AK and they both missed board and my 99 would of win and i would of triple up making a call. "

"Next and last hand of current day active player on my right with a big stack open and he open like 40% of all hands and i thought he is opening last hands of they day like 100% of the time. I had re-steal stack 22bb and found a decent hand KJo to shove so i went all in. Opener wake up however with AQ and i was out after that hand."

"I played one side event as well and busted from that one after 4 hours AK vs TT. Then I took early flight back home."

"Next week I'm playing a new live tourney in Tallinn so hopefully run deeper there." 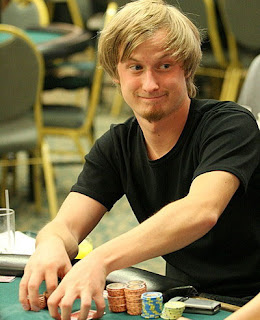 Daniel quit his job a couple of months ago and will be a full-time poker player beginning September 1.  He almost missed the online Final that’s sending him to his second big live tournament in the Caribbean. It’s amazing he did as well as he did.

“I was very tired because I’d just come back from a heavy party trip in Serbia.  I almost missed the tourney.”

“I first realized I might win when I got dealt my first two cards.  Just kidding... When I was CL on the FT with 8 left I knew the chance is big to ship this tourney!”

“Because it was so late and I was so tired, I don’t really remember a lot of hands from this tourney,” he said.  “I remember I made one bad call (bluffcatcher), where he had me beat. And one time I was chasing a str8 too much, thinking GO BIG OR GO HOME and obv hit it cause im a runreg.”

Daniel is expecting a great tournament – and a lot of fun – in Punta Cana.

“I don’t know who I’ll take with me yet... hopefully some sexy chick!”

Daniel was in the Caribbean last fall too when he came third in the CPT/WPT in St Maarten and won $1600. His biggest win to date was the No Limit Hold’em Championship Event at the 2007 Legends of Poker in Los Angeles where he can 25th and won $25,150.

Montagnolli is listed on the Hendon Mob’s United States All Time Money List. He’s been active at PokerStrategy.com where he’s known as Monze.

Daniel and a group of online satellite winners will be at the Hard Rock Hotel and Casino in Punta Cana, Dominican Republic, November 3 – 8. Watch this blog for their personal stories before and during the trip.
at 17:07 No comments: