Out After Day 1 -- Time to Enjoy the Resort 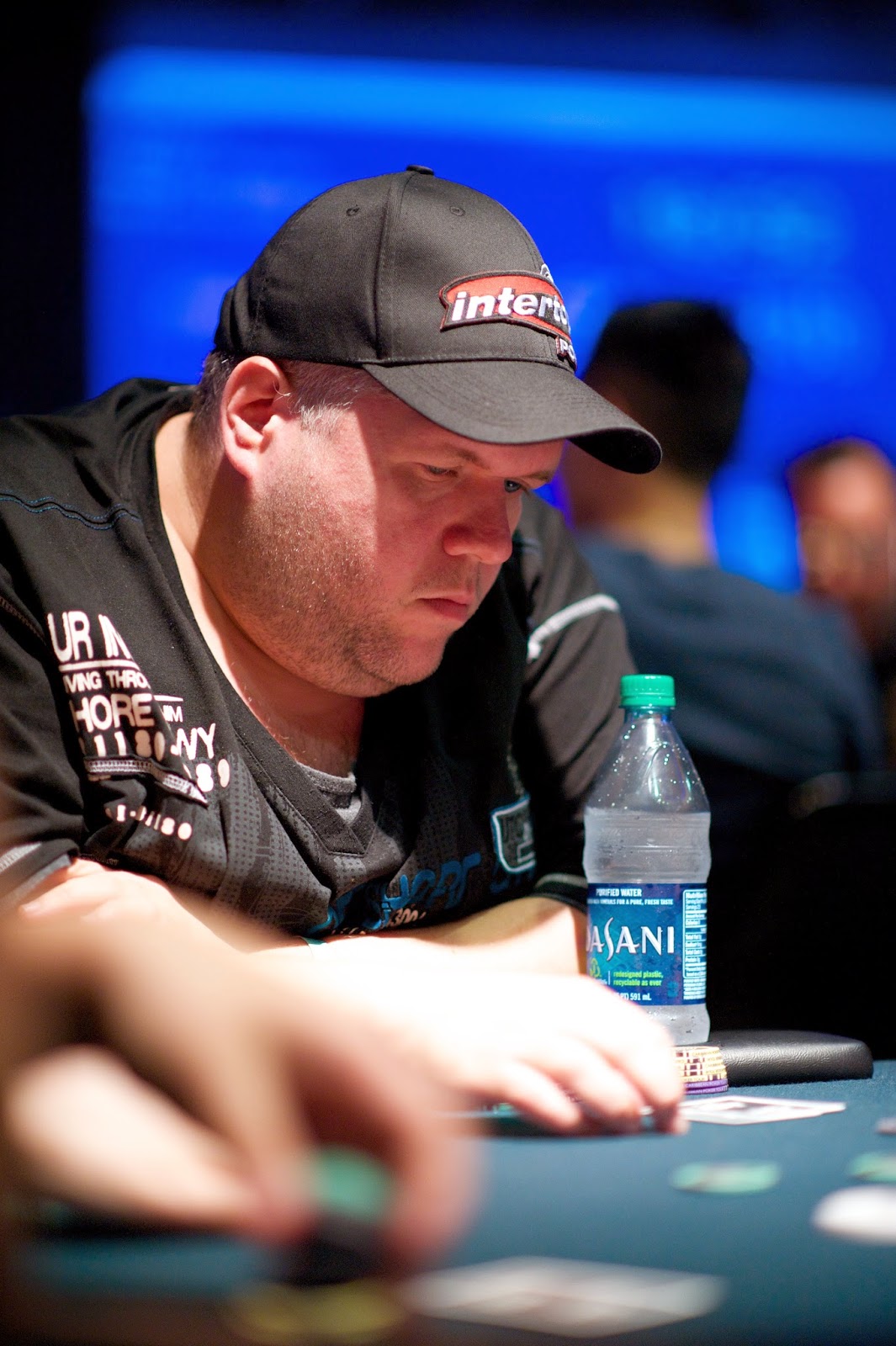 So I'm out, while never really being in control of my destiny, mostly fighting against the blind, but still it was a great experience.  Here's how it went down:

First of all, the blind structure was good, you start-up with 20k chips and level last 45 minutes (for the first day, and 60 minutes for the second day).  Ante start at level 4, so it's still a fast tournament.

There was 138 entries total and 12 re-entry (you could rebuy if you've lost all your chip within the first 6 levels) for a grand total of 150 entries (which pay 17 person with a grand-prize of 41k to the winner).

It was a 9 players per table setup, overall, my table was very aggressive (no cheap limp here) and there was very few showdown.

It start-up kinda bad, having to pay big money to see flop with pocket connector twice that didn't hit got me down to about 18500 chips pretty quick.

After seeing the rest of his tournament (he lost all my precious chips to two guys and ends up being one of the 12 rebuyers after level 3)... i think i should have called, but i didn't knew a lot about his play at the time.

At the very end of level 1, i have been dealt pocket A which didn't paid though (1 caller of my raise that folded on the flop).

Around the middle of the level i had a huge hand.  BB, Being dealt ATs (Spades), one guy raise 3xbb, one caller and i call also.  Flop Q-J-9 (one spade, which give me open-ender with the nut straight if a Kings comes up).  Since i'm off-position, I bet big, the initial raiser raises me 2.5x my raise and the other players re-raise him all-in (and had me covered) so this is it, my tournament was on the line, would i go for the big pot (around 35k if the initial raiser would call our all-in... which i thought he would...) or fold and try to grind out to get back on track. Tough decision and i folded...

Yeah i know i know, i should have called that, i had an open-ender (including a nut straight if the king popup), a runner-runner flush (which is really far-fetched tough) and maybe an Ace that could save me.  But it was so early in the tournament, i didn't want it to end so quickly.

OF COURSE, the freaking K comes up on the turn... man poker is so hard on your nerve sometimes... it still hurt typing this...

So i was down to 10k, but 2 hands prior to break, i've been dealt pocket 9 (under the gun, but i have to force a move) I raise 3xbb, 2 callers.  Flops: 6-4-3 (two diamonds), first to talk, i bet big, 1 caller, the other fold.  Turn a 9 (thanks god!), i bet big again, he raises me... i call, Rivers was an 8, i pushes all-in since the flush didn't hit and the straight was not really plausible (either a 5-7 or a T-7)... he called and mucked.  He later told me during the break he had 65 (so open-ender straight since the flop)... his call was very surprising considering this, he must have put me on a missed flush or something.   I wont complaint, he doubled me up to my original stack (20k)... so i'm even money at the break... which is good considering the bad start.

Level 3 was really really bad... players were playing slowly (so i haven't seen a lot of hands in 45 minutes, i would say 2 tables turn at most and it was an all-fold level... tried to limp twice if i remember but was caught-up by raise so had to fold... if i remember, i end-up the level with 15 or 16k chips.

Middle of level, down to 10k chips (again!), I'm dealt pocket 7 on my big blind (oh yeah!), one player raise, everyone fold, i call.  Flops J-4-2 (two diamonds), i talk first (of course i'm always off-position), so i strong bet, he pushes all-in (which had me way covered, he had like 40k+ chips), so i call with my "not so frightening" 7k chips left, he show QTo... with no hit on the turn or river, i win... back at 20k again.  It was the same guys that double me up at the end of level two, and once again i question his move... his decision to bluff me out was surprising, since i was low-stacker and i call pre-flop, and i bet big on the flop... i was pot commited... the odd of me calling his bluff were huge.

Tough level again, call raise with two low-pocket hand (hoping for a trips that would pay me big time) cost me a lot of chips.  At the middle of the level (down to 16k) i am being dealt AQs (spades) on the small-blind, everyone fold until the button pushes all-in (6k), i call (BB fold).  He show pocket deuce, typical race, no hit for me on the flop (he even hit his 2 on the river)... bummer....

Now 400-800 (ante 75) Middle of level, being deal AQo... once again off-position, raise 2.5k (about 3xBB), 2 callers, flop K-J-(and another card i don't remember).  I bet big (about 3k, which is big for me considering my stack, but not considering the pot...), the other player raise, the other pushes all-in.... I folded and walk-out to get a bottle of water... man this tournament was really tough on my nerves, i felt like nothing was working at all. 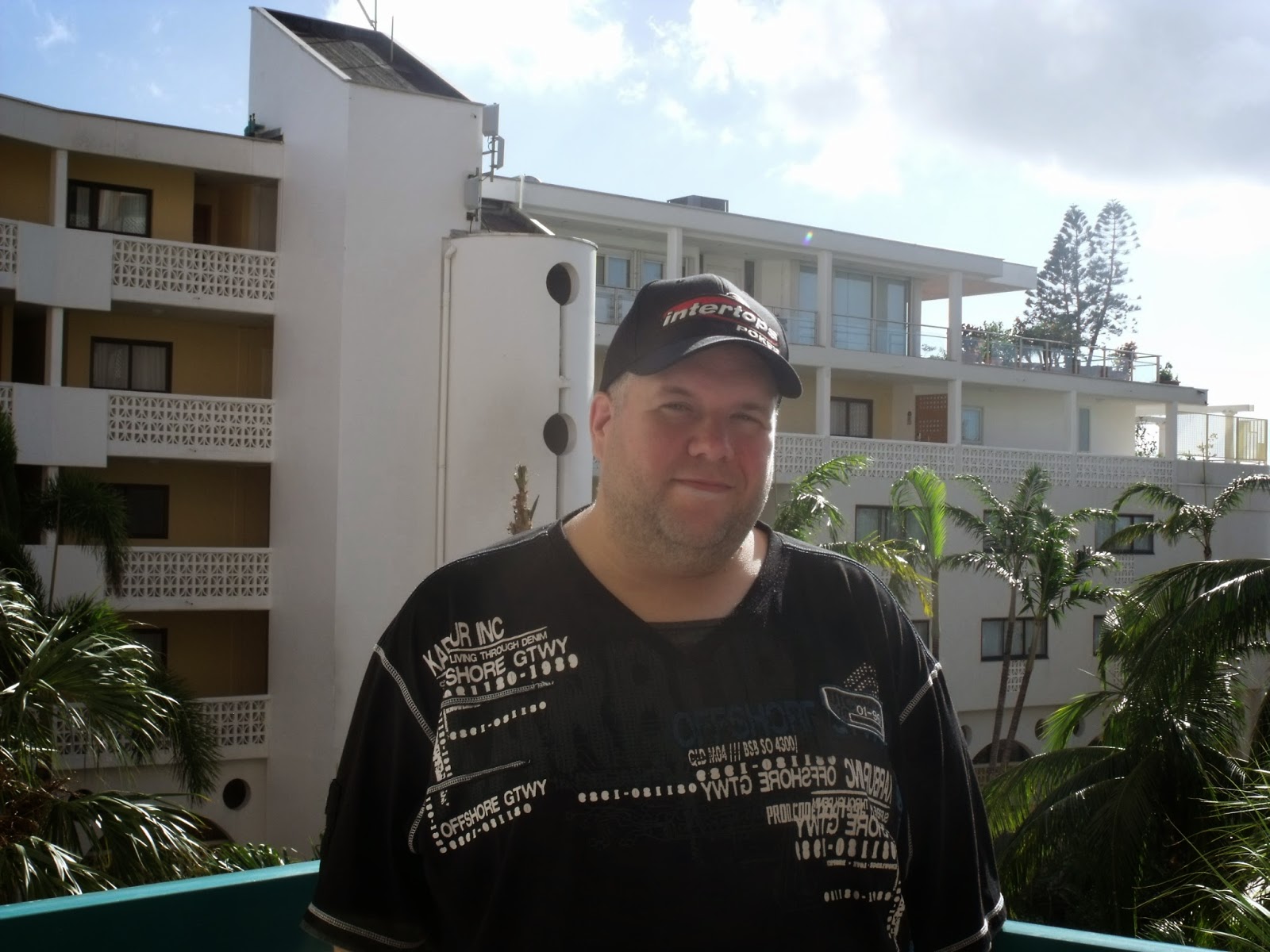 All in all, even if i didn't win (finished mid-position, around 80 out of the 150 entries), it was really a fun experience. Other players were nice (well, most of them), and the dealers were very funny joking all the time. Now i'm left with a lot of time on my hand to enjoy the wonderful island and resort!

Once again, thank you Intertops Poker for letting me play in this great event and best wishes to Brian who's still in the running for day 2.

I will keep updating the blog during the rest of my vacation.