I Didn't Even Play My Best But I Won the Online Satellite and I'm Going to the Caribbean! 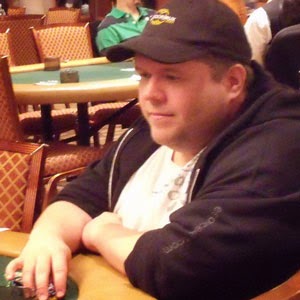 My name is Simon aka Sim79. I got lucky a couple of weeks ago and won the final Caribbean Poker Tour satellite tournament hosted by Intertops Poker and Juicy Stakes Poker. I won a $2700 prize package that includes accommodation at a luxury resort and buy-in for the Caribbean Poker Tour Main Event. There will be lots of players in St Maarten for that and the WPT Caribbean that starts right after that so it should be a great trip!

I was a little surprised I ended up winning the online tournament. I don't think I played my best poker.  It started up kinda bad, I lost some good pots that forced me to re-buy (which I don't usually do, but it was definitely worth it that time with such a prize to win).  The re-buy helped me double-up and enter the Final Table mid-stacker which is good for such a bad start.  I didn't get so many monster hands (no AA, KK or QQ) but got some AK that paid at the end.

I won two draws that paid me a lot at the end and made a huge difference as I was low stacker (6th of 6) and put me right back on 3rd and then 2nd with only 3 players left.   I might have overpaid some draw when I was low stackers, but I had to try to hit something as there was no second prize. It was do or die.

I always say that a bad player can win with luck but that a good player can't win without luck.  There’s always a luck factor and it doesn't matter how good you are or how many chips you have, there’s always some luck involved. I just try to stay focused until it's over.

This tournament was so fast there wasn't much time to figure my opponents’ playing habits.   Some players play more aggressively when they can still re-buy.

My advice to tournament players is tighten your play when you have less chips (playing less flop), but play aggressively when you go for it, don't let yourself go bellow 8xBB+SB or 8 turns (or 4-5 turns if it's turbo).  If you do get bellow that level, spare the most chips you can to maximise your all-in.

I play mostly online. When I first played live with friends I was a stone-type player, playing mostly "tight-neutral" seeing only 20-25% flop... and ultimately losing, minimising my loss, but still losing at the end.  Playing online pushed me to see more flop, trying to limp more PF and folding more on the flop  since I’m less attached to my hand.  Minimize my investment and maximize my gain. ”

I don't plan on quitting my job or anything. I just have fun. I’m pretty excited to be playing in the Caribbean Poker Tournament and to sharing stories and pics with you here on our new blog!